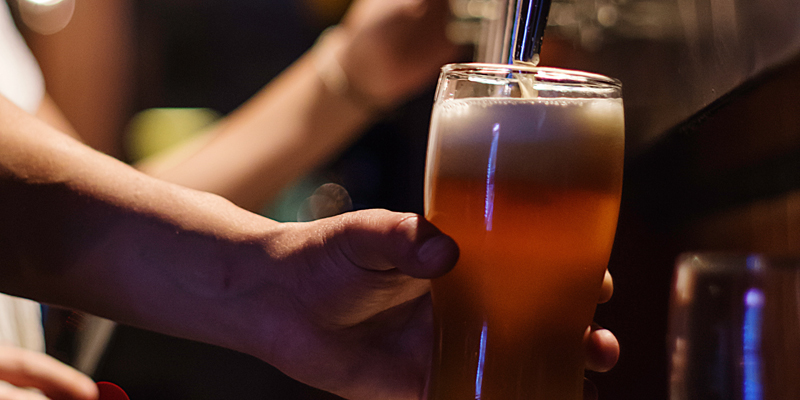 Beer is, in a word, BIG! There are a host of Lake George region breweries to choose from, along with countless other craft breweries in the Adirondacks.  Here is a list of some local brewing houses. (You can also find additional location on the Adirondack Craft Beverage Trail map)

Common Roots Brewing Company was officially founded by Bert and Christian Weber, a father and son team, in 2014, but the brewing tradition began long before then. Bert grew up in a German household, surrounded by a tradition of high quality beer, and his son, Christian, inherited his father’s passion for delicious brews. The pair crafted their first home brew in 2005, and Christian went on to apprentice at a New Hampshire brewery before returning home to co-found Common Roots Brewery with his dad. Their taproom offers some types of brews that few other local establishments craft; Double India Pale Ales, Double Stouts, and Schwarzbier are are tough-to-find varieties that beer enthusiasts are certain to adore.

Northway Brewing Co. Lake George Brew House is truly a unique establishment with a rich history. The building began as a cinema owned by Glens Falls Cinema Inc. in 1969, and, in 1981, the owners added three extra, greatly enlarging the building. The business folded in 2002, and the space remained unoccupied until 2014 when local brewers John and Rick Davidson purchased it to expand their current operation. In 2016, the Davidson brothers sold the space to Northern Eagle Beverages, founded by Lou Hager Jr., a direct descendant of Adolphus Busch, famous for founding the now massive Anheuser-Busch company. Hager’s Lake George Brew House differs from other local breweries in that they brew and serve smaller company’s brands, such as Cooperstown Brewing Co., Harlem Brewing Co., and nearly brand new (2018) Northway Brewing Co.

Located in historic Fort Ann, Battle Hill Brewing Company has been delighting patrons with its unique small-batch brews created with all natural, local ingredients since 2014. Battle Hill’s founders, Jim Hume and Davis Wornall, chose Fort Ann to locate their business, because they see Washington County as a place where craft breweries can, eventually, create a true farm-to-glass experience. The pub menu also reflects their commitment to local farms. For example, their signature Farmer’s Platter features cheeses from three nearby producers, and all of the bread is baked on site with locally sourced ingredients.

Food: No, but patrons can bring food with them

Mean Max Brew Works is a locally owned and operated brewery that offers up to 14 unique brews in their spacious tap room. Mean Max creates true small-batch brews; they craft in 3 barrel batches that are closely monitored for quality. The beer ferments naturally with no artificial additives. Big fans of Mean Max beer can even purchase a Beer Review Board (BRB) membership, which includes discounts, exclusive tastings, and special member’s glassware. Memberships costs $55 per year.

Davidson Brothers Brewing Company has been delighting beer lovers with its unique brews since 1996, when two brothers with little brewing experience opened their first brewery and restaurant. In 1993, John and Rick Davidson sampled some craft beers at a small brewpub and were inspired enough to study the field and establish their own signature brews. Today, Davidson Brothers offers a wide variety of light and dark beers as well as pub classics with a signature twist, like tuna nachos and brewer’s poutine. In the warmer months, patrons can even enjoy a beer and meal outside on the patio seating, while enjoying the sights and sounds of beautiful Glens Falls.

Coopers Cave Ale Company (CCAC) truly offers something for everyone. They craft over 30 different beer varieties in total and have up to 13 available on tap at all times. Those looking for nonalcoholic refreshment can choose from 13 homemade soda varieties or indulge in the day’s homemade ice cream selections. The restaurant has a massive menu, featuring everything from burgers and sandwiches to salmon and steak. It also boasts a full bar, though, appropriately, only Coopers Cave beers are served. CCAC brews have become so iconic in the region that many restaurants and stores regularly carry them.

Adirondack Pub & Brewery owner John Carr, after traveling throughout Europe, grew frustrated that he couldn’t find beers as satisfying back in the United States, so he started crafting his own. After 10 years of home brewing success, Carr brought his vision of all natural, easily drinkable craft beer to Lake George village in 1999 with the Adirondack Pub & Brewery. The pub itself has a distinctly Adirondack atmosphere and, besides craft beer, offers a wide selection of pub fare and fine dining options. The Adirondack Pub & Brewery also hosts specials events like Trivia Night, Pumpkin Chunkin,’ and Oktoberfest. A full schedule of events can be found on their website.

Paradox Brewery, founded in 2013, seems like the new kid on the block, but its president and founder, Paul Mrocka, has been brewing high quality beer for over thirty years. As an Army pilot stationed in Germany, Paul developed an appreciation for beer and the brewing process, and he brought his new passion back to Schroon Lake to share with his friends and family. After years of virtually giving his craft beer away, Paul was finally convinced to sell his creations and founded Paradox Brewery in his home town in the Adirondacks. Pure Adirondack water is, in fact, the not-so-secret ingredient that gives Paradox beers their clean, crisp taste. The water comes from a flow 600 feet below the ground and requires no purification or filtration before brewing.